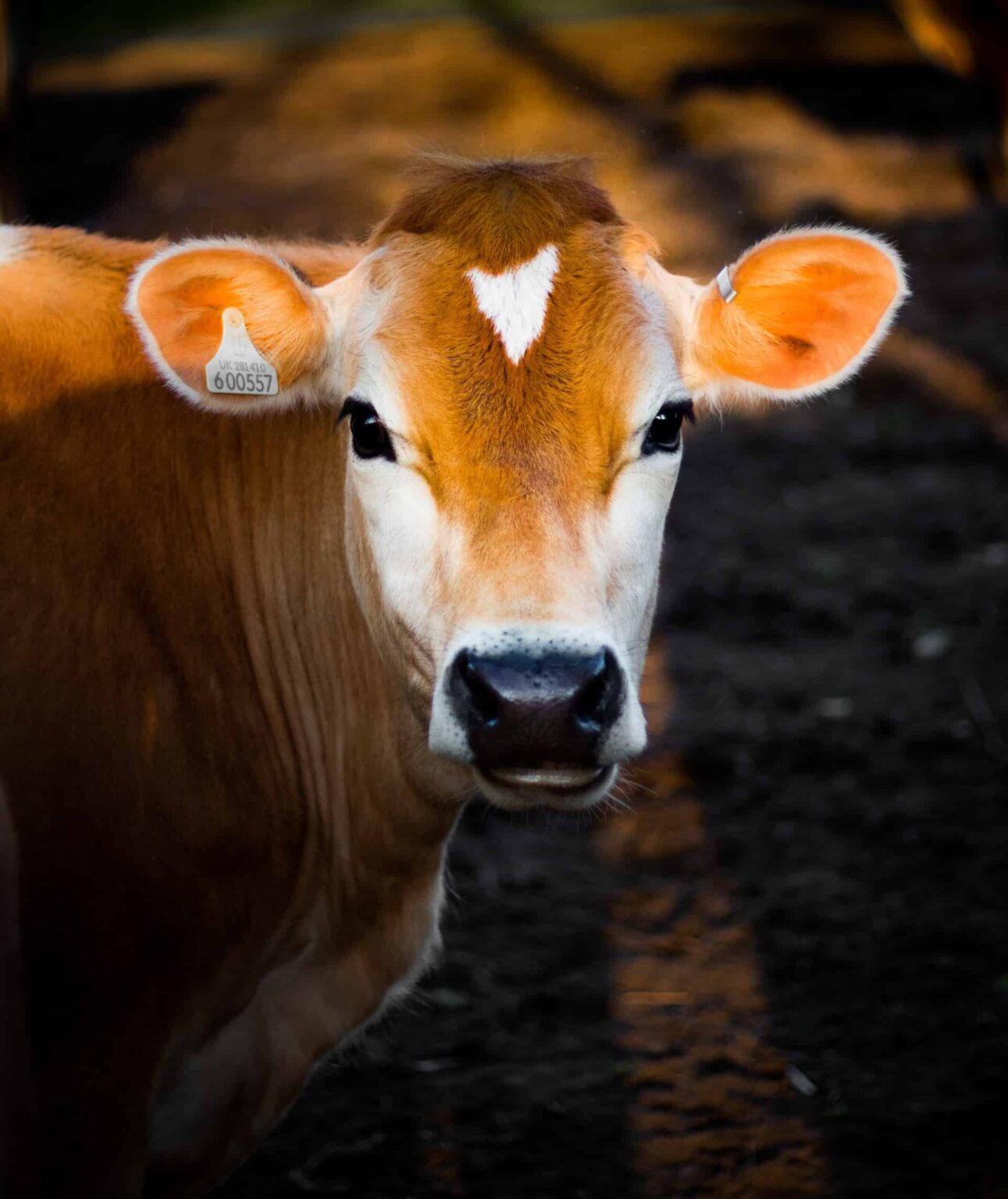 Meat is certainly a valuable source of nutrients vital to the survival of humans. Islamic halal and Jewish kosher slaughter have become a growing priority in the global meat industry, primarily because of future market opportunities. The need for none-stunned slaughter or reversible pre-slaughter stun is peculiar in religious slaughter practices. In relation to the metabolic changes in the post mortem biochemistry, and consequent tenderness of red meat, effects of anti-mortem stressors such as shocks, difficulties, atmosphere temperature and feeding withdrawal are  constantly analyzed.

The Meat Standards Australia criteria for supplying tender beef are focused on minimizing stress on the farm, during transport, and in lairage to reduce muscle glycogen depletion before slaughter (Thompson, 2002). Under customary industry conditions, cattle that are well fed until transport to the abattoir have muscle glycogen concentrations of 60 – 120 mmol/g (Pethick et al., 1999). To achieve an ultimate pH of 5.5 in the post-slaughter muscle, 57 mmol/g of glycogen is required pre-slaughter to provide a substrate to form sufficient lactic acid required to lower pH (Tarrant, 1989a,b). If glycogen reserves are depleted below this threshold, an elevated ultimate pH results with associated dark color and tough beef (dark firm dry). As ultimate pH increases, the beef is less juicy, lacks visual appeal, has reduced shelf life, and is tougher (Shorthose, 1989; and Purchas and Aungsupakorn, 1993). Therefore, MSA has a maximum ultimate pH of 5.7.

Regardless of its source, stress causes glycogen reserve depletion (Thompson, 2002). Ferguson et al. (2001) concluded that the emotional state of the animal has more impact on muscle glycogen status than non-physically demanding activity involved during transportation. The effect of transportation on glycogen mobilization and ultimate pH post-slaughter varies depending on the type of animal (excitability), nutritional status, and transport conditions (Tarrant, 1990). Ferguson et al. (2001) concluded that, given ideal conditions, transport distances less than 400 km will not deplete glycogen reserves enough to impact ultimate pH. Warner et al (1998) found that the combination of low nutrition and sale yard selling just prior to slaughter depleted muscle glycogen levels. Mixing animals not acclimated to each other at harvest has been shown to cause the mobilization of glycogen (Grandin, 1993a).

Glycogen reserves at slaughter are a function of the initial levels of glycogen and the losses due to stresses placed on the animal during the immediate pre-slaughter period (Thompson, 2002). Feedyard cattle had higher on-farm glycogen concentrations in their muscle. They lost less glycogen during transit than pasture-fed cattle (Thompson, 2002) providing a buffer level that lowered the incidence of dark cutting. Short-term grain feeding prior to slaughter has been shown to positively respond to glycogen levels if suitable rumen modifiers are included to control acidosis (Pethick et al. 1999). Supplementation with electrolyte preparations per-slaughter has had limited success in providing this buffer, primarily due to variation in intake (Thompson, 2002). Although the depletion of muscle glycogen reserves is rapid, repletion requires much more time depending on the severity of depletion and the quality of nutrition during repletion (Pethick et al., 1999).

Önenc and Kaya (2004) found that stunning either electrically or with percussion reduced carcass pH 15 min. Post-slaughter but not at 24 hr. post-slaughter, although Petersen and Blackmore (1982) found no difference between stunning methods at 15 min. Vergara and Gallego (2000) and Velarde et al. (2003) also found no significant differences in ultimate pH between non-stunned and electrically stunned lambs. Önenc and Kaya (2004) also found that percussion stunning resulted in Longissimus lumborium that had a higher rate of pH decline than for non-stunned and electrically stunned in contrast to the results of Paulick, Stolle, and Von Mickwitz (1989) who found that captive bolt stunning caused a smaller drop in pH compared with electrical stunning at 48 h.

It is commonly held to be true that head-only electrical stunning of sheep increases the rate of post mortem glycolysis through the channel of increased animal excitement causing increased muscle activity and concurrent elevated release of cathecolamines into the blood (Petersen and Blackmore, 1982). However, sticking non-stunned animals also has been reported to produce a marked drop in pH in lamb muscle (Devine et al., 1984). Önenc and Kaya, (2004), Petersen and Blackmore (1982), Vergara and Gallego, (2000), and Velarde et al. (2003) confirmed that the rate of post mortem muscle glycolysis in electrically stunned cattle is not markedly different from that observed in non-stunned cattle. The higher levels of glycogen in the longissimus lumborium of stunned cattle did result in observable advantages in tenderness in the study of Önenc and Kaya (2004).

The slaughter method across the world has come to be a relatively uniform process consisting of mechanical stunning, followed by jugular severance. However, ritual slaughter is not a consistent practice across the world but can be conducted in a wide variety of methods, some of which can impact the eating quality of the meat (Farouk, 2013). The slow decline in blood pressure following a head-only stun and a neck cut resulting in blood splash (ecchymosis) in cattle caused by burst blood vessels and associated blood blistering (up to 1 cm in diameter) in muscles and organs probably impacts eating quality (Gregory, 2005, 2007). The Kosher slaughter process is performed without stunning of the animal prior to exsanguination. The correct execution of the procedure does not guarantee that the meat is Kosher. Internal organs, especially the lungs, must be inspected for any defects. Since biblical times, the character of the lungs has been considered a monitor of disease during the life of the animal (Hayes et al., 2015).

Respiratory diseases, especially pneumonia, are among the most common causes of lung lesions (Schneider et al., 2009). Any lung adhesions disqualify the associated meat as being kosher. Hayes et al. (2015) compared meat quality from kosher-qualified and non-kosher-qualified cattle using blood lactate as an indicator of stress during the slaughter process. Hayes et al. (2015) concluded that body composition and pre-harvest stress affect the likelihood of a beef animal qualifying as kosher and that quality differences exist between kosher and non-kosher steaks. Cattle that were classified as eligible for kosher had calmer temperaments and were able to move through the abattoir more quickly with less disturbance as compared to cattle that were disqualified. It was also noted that cattle classified as qualified for kosher had larger REA and heavier HCW. However, those that did not qualify failed to qualify because of lesions to the lungs indicating respiratory disease sometime during their lives.

This combined with their reduced blood lactate level at harvest, may account for their finding that animals that qualified as kosher had higher longissimus WBSF and shorter sarcomeres. Apple et al. (1995) measured blood lactate levels in lambs subjected to stress and found that as stress level increased, blood lactate levels were higher from blood collected after stunning and exsanguination. Grandin (1980) also found that short term acute stress results in a buildup of lactic acid in the blood. Önenc and Kaya (2004) evaluated the effect on the meat–eating quality of three methods of pre-slaughter stunning used for halal meat production: no stunning, head-only electrical stunning, and percussive captive bolt stunning. They concluded that percussive stunning improved meat-eating quality by improving meat ultimate pH, color, water holding capacity, texture, and consumer sensory acceptability compared to the other two pre-slaughter stunning methods.

It is quit interesting how different areas of the world undertake the slaughter procedure to transform permitted animals into meat that is suitable for human consumption. The methods vary according to spiritual, cultural and commercial needs. Religious slaughter procedure must meet broad rules but may be modified, yet other procedures such as those practiced in developed countries can change. The decision to purchase meat and meat products depends on appearance, taste and concerns about health. 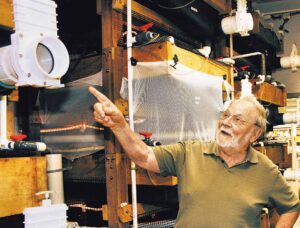 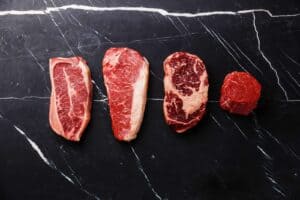 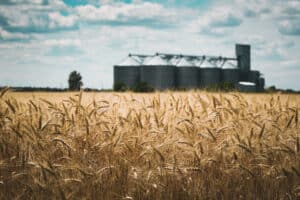 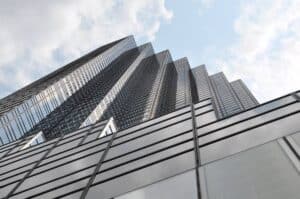